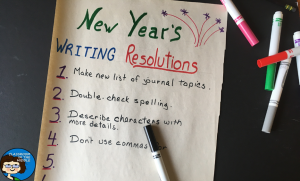 The suggestions in that New Year’s column were centered around the climate and issues of our time, but the idea of a list of resolutions for writers seems like a great activity that could be adapted to any time and any group of writers (middle school language arts students, for instance!).

For starters, think about the difficulties your young writers have been dealing with in recent months, whether it’s issues with what to write about, or how to write correctly, or just how to get their writing done.

Some examples might be: not enough background grammar knowledge, difficulty coming up exciting topics, lack of time to focus on certain steps of the writing process.  Or maybe the issues in your classroom happen to be along the lines of too many distractions.  Or difficulty seeing both sides of an issue.  Or “boring” sentences.  Or even computer problems! I’m sure your list could go on.

Anyway, I would choose a few of these big topics and present them one at a time to the class to use as guide for writing their own more specific resolutions for the second semester of the school year.  To start, each student would write their own list of New Year’s Writing Resolutions.  From there, you might choose to stick with individual lists move into a whole class one.

One follow-up activities for individual lists could be for the kids to edit and revise their lists, maybe along with writing conferences about which resolutions might be most important to include in the final versions.  Then, students would create an illustrated final format for saving in their notebooks.

Creating a whole class list might begin with a class discussion for the purpose of choosing a selection of a small number of the individual resolutions  – those that most apply to the class as a whole.  These would be modified as needed, and a final list would be written as a group to post in the classroom and  focus on in upcoming writing assignments.

An anchor chart of the New Year’s Resolutions posted in the classroom would be a great daily reminder of just what the class has decided to focus on in the next stage of their writing journey.

This activity could also be adapted for a media literacy lesson, beginning with with students discussing the suggestions in the Post column.  Older students might read and respond to the article on their own, but for the younger ones, I would probably just present just the four resolutions, simplified a little and updated as necessary.  Students might then write their own set of resolutions for journalists.  This would be a great group project since kids could suggest and debate which resolutions to include.  If your school or class has a paper of newsletter, that would be great real-life connection as well.

When I read this article is just seemed like the perfect idea for a back-to-school lesson after the winter break.  Isn’t it funny how teachers look at everything as a potential lesson? 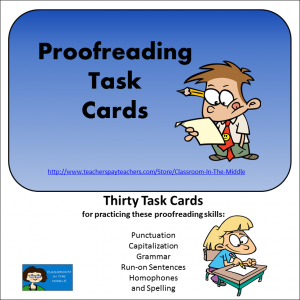 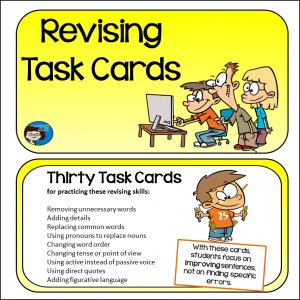 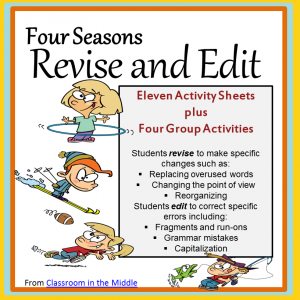 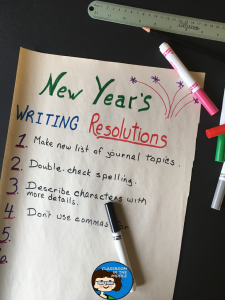