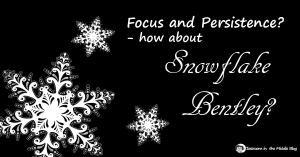 If it’s that time of year when your kids need a little reminder about staying focused or working persistently, the picture book Snowflake Bentley, by Jacqueline Briggs Martin, might be just the ticket!  It’s a Caldecott winning winter-themed story, and the main character demonstrates the characteristics of focus and persistence to an amazing degree.

Snowflake Bentley is the true story of Wilson Bentley who made it his life’s work to record images of snow crystals.  Wilson, who became knows as Snowflake Bentley because of his passion for snowflakes, grew up in Vermont, which gets feet and feet of snow every winter.  With the support of his family, he experimented with snowflakes and developed a way to take detailed photographs of the microscopic crystals.  His images of snowflakes were both beautiful and scientifically important, and they are in museums and universities today.  Snowflake Bentley began this work as a child and continued until his death at the age of 66.

If your goal in teaching this book is “focus and persistence,” then a character study is definitely the way to go.  Both a written character sketch and illustrations would work well.  For a character sketch, have students start by looking for events and language in the story that demonstrates focus or persistence at various stages in Snowflake Bentley’s life.  For illustrating, students could draw two pictures – one of Bentley as a child and one as adult, each one showing an event that illustrates his focus or persistence.

Snowflake Bentley ties in well with other subjects in addition to language arts or reading too.  Bentley’s  work with snow focused on both making beautiful images (art) and on documenting the variety of their crystal structures (science or math).

What else can you add in to your lesson?  Here are a few questions to get you started:

Of course, once in a while it’s nice read a book without any “lesson” at all (especially on certain days right before a holiday).  In that case, let your kids sit back and listen as you read it to the class.  They will enjoy the story, and I’m guessing that they will still get the point. 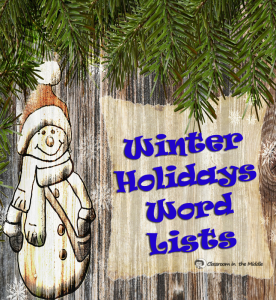 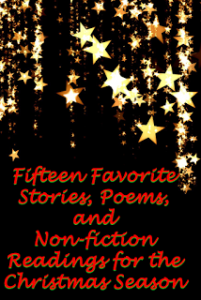 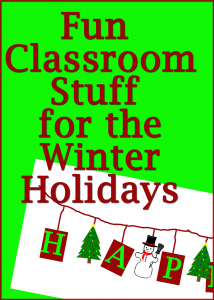 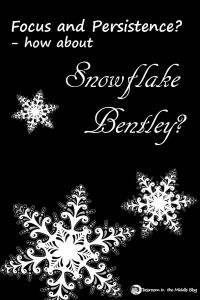 One response to “Focus and Persistence – How about Snowflake Bentley?”