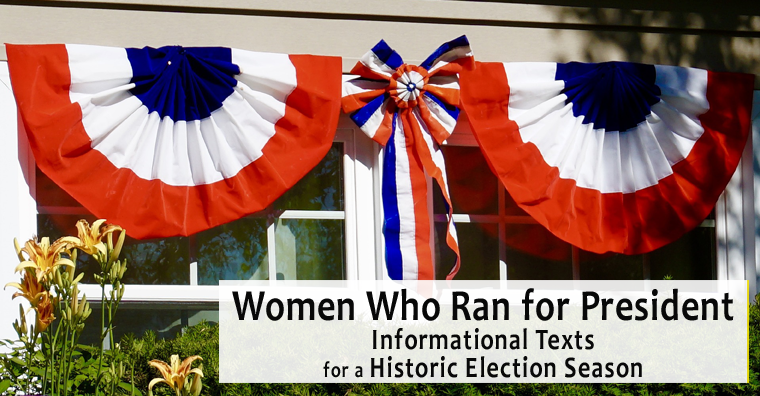 With the possibility of the first woman president in the US just around the corner, it seems like the perfect time for reading about other women who ran for president in the past.  There were more than you might imagine!  I’ve included links below to three news articles about this interesting and diverse group of women; here are just a few:

Victoria Woodhull ran for president in 1862, well before women even had the right to vote!  She was an early suffragist who spoke out for equal rights for women.

Gracie Allen was a comedian, part of the popular Burns and Allen comedy team.  Her run for president in 1940 as a candidate for the Surprise Party started out as a funny stunt.  She gave campaign speeches from the backs of trains, just like other politicians of the time, and ended up getting thousands of write-in votes!

Margaret Chase Smith, the first woman congresswoman from Maine, was also  the first woman to have her name placed in nomination at a major party’s convention.  At the Republican Convention, she was defeated by Barry Goldwater.

Shirley Chisholm, an African-American congresswoman, ran for president in 1972.  At the Democratic Convention, she was defeated by Senator George McGovern.

Roseanne Barr, of the popular Roseanne sitcom, ran as a candidate for the Peace and Freedom Party in 1972.  Even though her campaign was comical, she won thousands of votes in the general election from citizens who were not happy with either the Democrats or the Republicans.

And some more recent candidates:

Twelve Women Who Ran for President before Hillary, Huffington Post

Five Other Women Who Ran for President, TIME

Meet the women who blazed the trail before Hillary broke the glass ceiling, Washington Post

Finally, here is one of my election-themed resources – a FREE close reading activity about women’s suffrage: 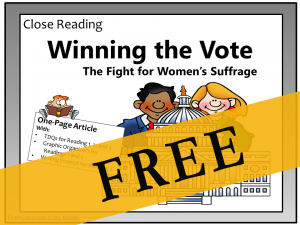 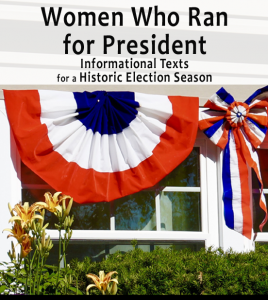 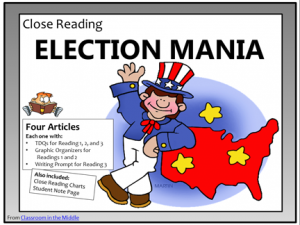