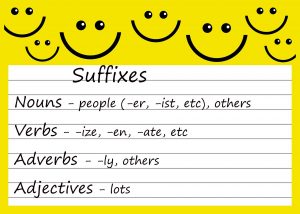 Don’t  you love it when you can cover two seemingly unrelated objectives in one lesson?  It’s like a bonus!  Not to mention a really efficient use of your limited classroom time.

Well, here’s one great combination – suffixes and parts of speech.  And I’m not just talking about those basic suffixes, -s for plural nouns and -ed for past tense verbs, that your kids already know.  In fact, you might be surprised to find out how many part-of-speech suffixes there are!  There are lots of suffixes that make a word a noun, a verb, an adverb, or an adjective.

Suffixes, as the kids may already know, are word parts added at the end of a word to form a new word.  And how do they do that?  Often by changing the word from one part of speech to another.

There are so many suffixes to choose from for nouns and adjectives.  For example, just for nouns that name people, we have -er, -or, -ist, -ian, -ant, and -ent, but there are also enough good choices for verbs and adverbs to build some interesting ann engaging lessons.  Here is a list of some suffixes to start with; if you like, you can download the list below. 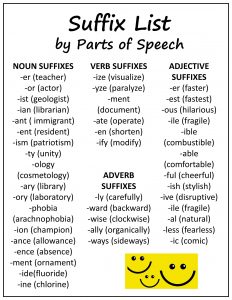 One fun lesson to do with any of these suffixes is a contest between groups.   Split the class into small workable groups, and then announce one suffix and set a timer for a short time limit, maybe a few minutes.  Each group tries to list as many words as possible with the suffix before the time runs out.  For more advanced kids, you could play it like the Scattergories game, throwing out any words that more than one group lists, leaving just the unusual or creative words to be counted.

I’ll mention some more ideas for activities with suffixes (and prefixes and roots) in a later post.

Suffix Resources from Classroom in the Middle 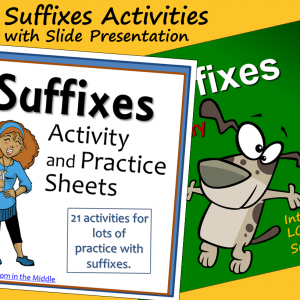 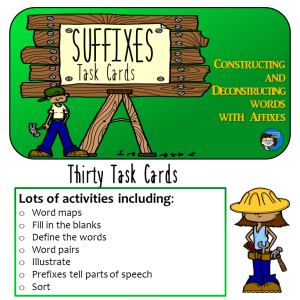 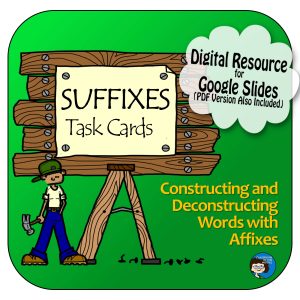 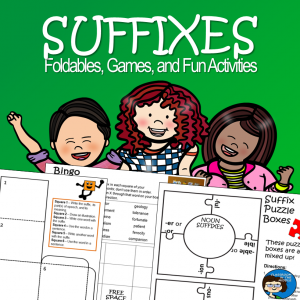 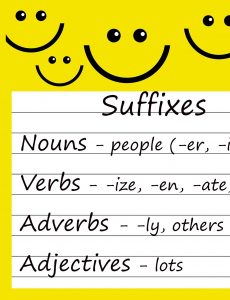