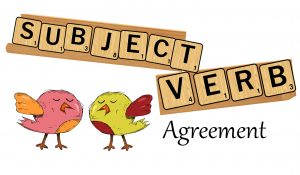 And, no, the answer doesn’t have to do with middle graders themselves and their study habits (That’s a whole other subject.)!  It has to do with specific details in the subject-verb agreement rules, and specific exceptions to those rules.  And the only way  that I know of to tackle the  problem is to get down into the details and teach the specifics one by one!

And there are lots of specific details.  They come in, mainly, in a few common situations – when you have two or more subjects, when the subject comes after the verb, and when something comes in between the subject and the verb.

Luckily, there is a trick to determining if the subject and the verb agree.  And the trick is simply to correctly identify the subject(s) and the verb.  But that can be more difficult than the kids might think!

Intervening phrases also add confusion, especially since, with these sentences, a word in the intervening phrase may sound like the subject even though it isn’t.  And that can make the correct verb sound wrong!

Here’s an example of this situation.  “Dorothy, who learned to bake with her sisters, makes delicious birthday cakes!”  The words sisters and makes are right beside each other and may sound like subject and verb, but that is incorrect.  Dorothy is actually the subject, and that is why the singular verb makes is correct.

Here is how I explain it to the kids in my slide presentation. 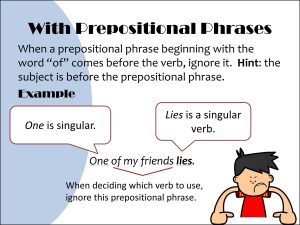 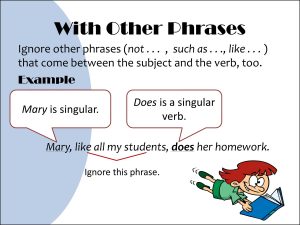 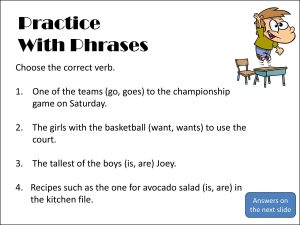 Of course, the practice questions on the slide presentation are just to get started.  After presenting a number of specific subject-verb situations, it is time for the next step which, as usual, is some more practice – maybe some with a small group for fun, and maybe a little more individually so that specific student needs can be addressed more easily.  The task cards listed below, are what I chose to create for this follow-up practice.

What other subject-verb situations do kids need to learn about? Collective nouns is another important one. Subjects that are collective nouns sound plural, because they name a group, but they take a singular verb.  Other types of nouns that may need special attention include nouns that name distances or money amounts. 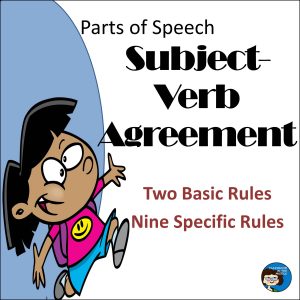 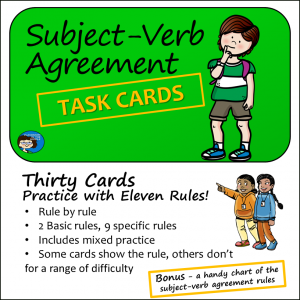 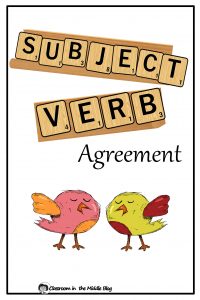