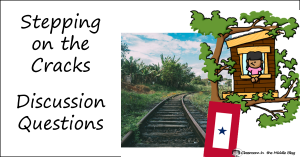 Stepping on the Cracks, the middle grades novel by Mary Downing Hahn, introduces thought-provoking themes as it relates its story of life on the home front during World War II.  Here are some of these themes along with questions for class discussion.

Some of the questions are about the novel itself or its time period; others apply the same themes to today.

Stepping on the Cracks was an interesting study of life at home during wartime, as these themes will show the students, since every one is a theme that is just as relevant today as it was in the 1940s.

Some students may relate more to one theme, and some to another one.  As you discuss the novel, see which ones your students relate to most.  Does the whole class gravitate toward one theme?  Or is the choice more individual?

Maybe one of the themes will even be a good tie-in to your next big read! 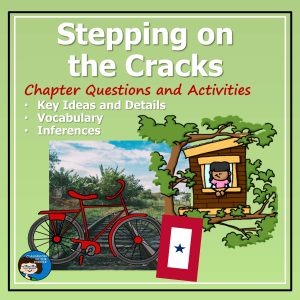 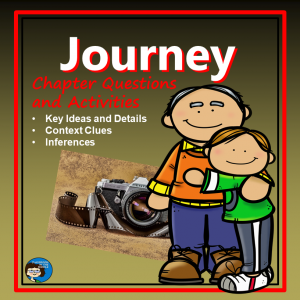 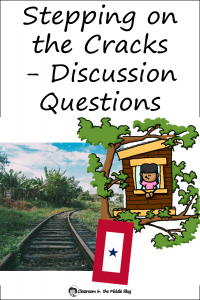