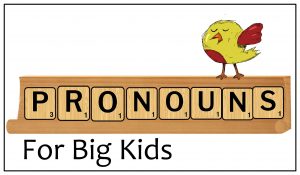 I’ve been checking that out recently, in preparation for making some new teaching materials.   I found lots of kinds of pronouns, some that I had even forgotten were pronouns!  But not all of these made the cut.  Interrogative pronouns for instance – kids may not know that words like who or which in an interrogative sentence are pronouns, but they tend to use them correctly – so, really, who cares?  (OK, there probably are circumstances where it is important to know that, but for my purposes, interrogative pronouns just weren’t a high priority!)

Checking the Common Core standards for grades four through seven, I found types of pronouns that I definitely wanted to include.  These include possessives and relative pronouns, as well as intensive and reflexive pronouns.

Subject and object pronouns can be tricky in certain situations, especially with intervening phrases, so I wanted to include some of that – without spending time on simple subject and object situations that most kids at this age really have mastered.

Antecedents seem to be a big topic that is worth spending some time on.  It’s one of those areas that seems simple at first, but gets more involved the more you work with it.  Pronoun-antecedent agreement ended up being an important topic on its own, in addition to specific types of pronouns.

Here is my final selection of topics:

One tricky thing about possessive pronouns is punctuating (or more precisely, not punctuating) them correctly since unlike possessive nouns, possessive pronouns don’t take an apostrophe.  And there’s also the “spelling” question that has stumped students over the years – theres or theirs?  I decided to include some of this by way of multiple choice questions.

The hard thing here is that intensive pronouns and reflexive pronouns are the same words  (myself, herself, themselves, etc.)!  The concept of intensive versus reflexive can be a little bit hard for kids at first too.

Relative pronouns (who, whom, whose, that, which)  are probably the most difficult ones addressed in my slide presentation and the task cards since this topic involves complex sentences and clauses.  It’s a big topic that will need to be addressed in various ways for sure (sentence structure, editing, etc.), but with something as extensive as this, it helps to touch on it in as many ways as possible, and so I wanted to be sure to include some in my pronoun activities.

I was surprised to find that having kids work on just finding antecedents for the pronouns in a piece of writing could be the basis for some fun activities!  And the real work here – making sure that pronouns and their antecedents agree is something that just takes practice, especially with sentences where intervening words and phrases add a layer of difficulty. 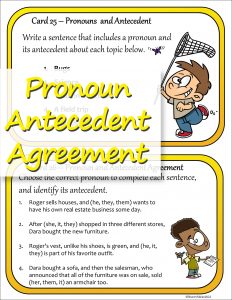 In the task cards, I also included what I think will be a fun activity for correcting vague pronoun reference – students are given a short passage with basically only pronouns, NO antecedents!  The students are asked to rewrite the paragraph, adding in nouns where needed for clarity.   Depending on what each student thinks up, this passage could be rewritten many different ways!

As you can see, I thought that covering the basics in areas that are new to the kids and from there focusing on selected pronoun topics and troublesome pronoun situations was the way to go.  For the upper elementary to middle school grades, it just seems to make sense, and I hope that if you decide to try either the slide presentation or the task cards, you will find them useful for your own classes.

The pronoun task cards come with both a digital version and a PDF for printing out.  There is a choice of either the TPT Easel activity or Google slides for the digital version.  The slide presentation is a PowerPoint and also includes an Easel version as well.

Click on any of the images below to see a preview! 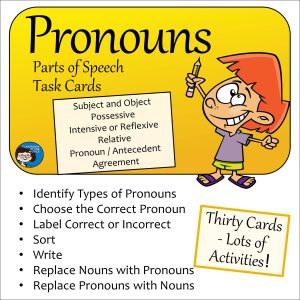 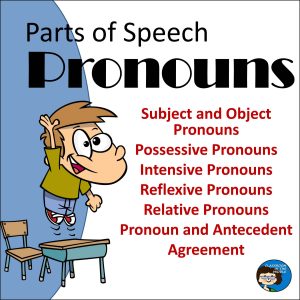 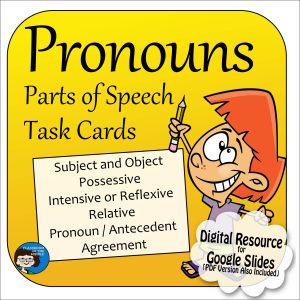 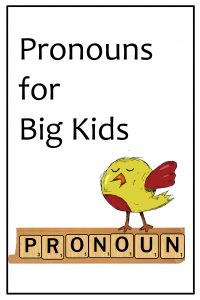