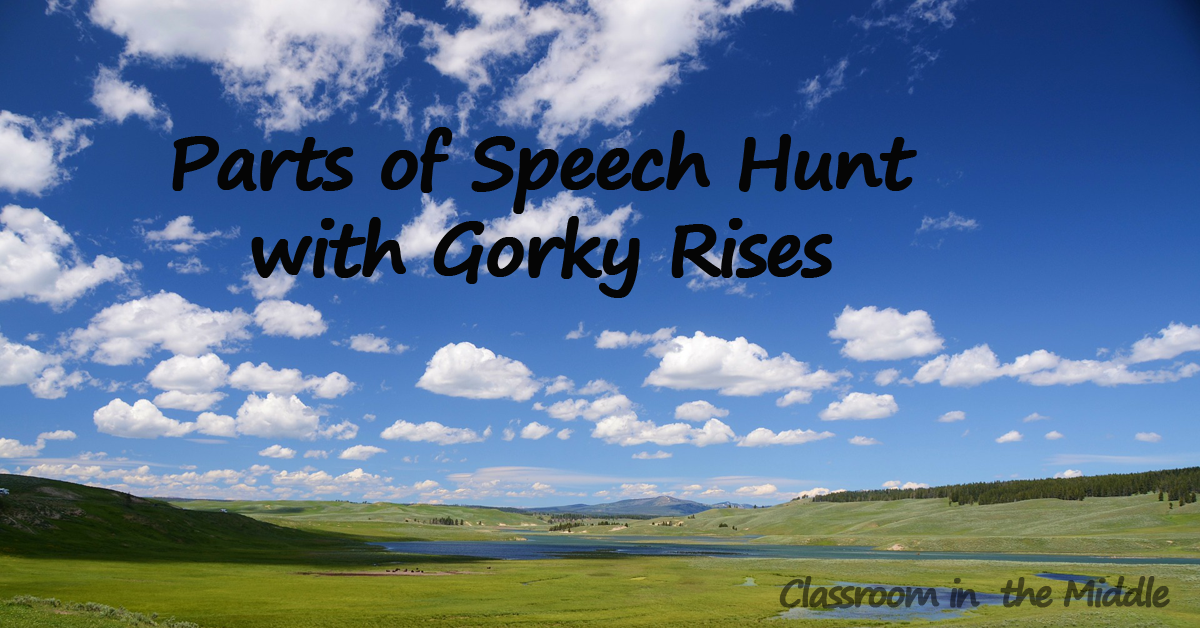 Parts of speech is one of those topics that seem to need a little something extra to get kids interested – especially kids in the middle grades!  So I like to add two favorite elements – a picture book and a contest.

With kids who have already been introduced to the parts of speech, I use a short passage from a funny picture book, such as William Steig’s  Gorky Rises  and have the kids search for one example of each part of speech in the passage.  A short one- or two-sentence passage should be enough.  The kids work together in small groups, and whoever finds and labels all eight first wins the prize.  An alternative would be for every group that finds all eight within a certain time frame to win.

In Gorky Rises, the short paragraph at the top of the second page beginning with “Aha! Attar of roses” contains at least one example of each part of speech.  To find  passages like this one, I look for interjections first, since they seem to be the hardest to find, and then I start checking to see which passages have all of the other parts of speech as well.

Groups that finish first can be challenged to write their own silly passage about Gorky – using all eight parts of speech.  Their passages can be shared with the class too, to see if the other kids can identify all eight, and to see if the others agree with their choices!

There’s something about adding silly old Gorky into the mix that makes parts of speech more fun. 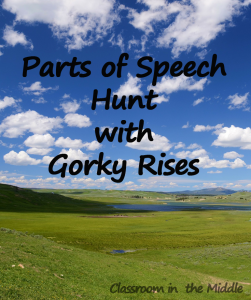 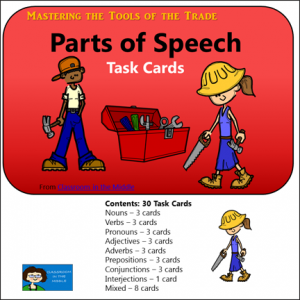 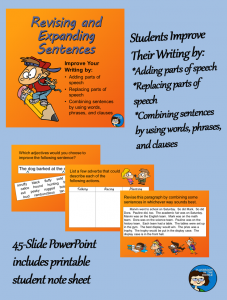