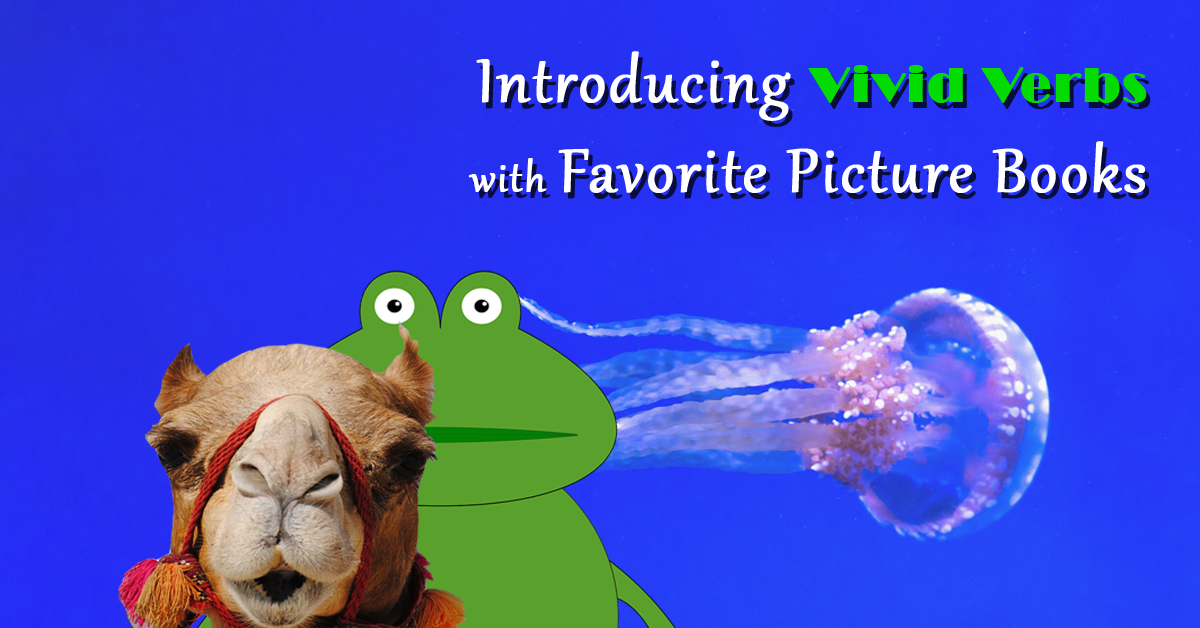 Continuing with my ideas for using picture books to introduce various language arts topics, I’ve been looking over some more books for good examples of writing with vivid verbs. And as always, the picture books didn’t disappoint!  I’ll just mention two that have really good examples, Animal Poems by Valerie Worth and Gorky Rises by William Steig.  Both of these books have great, clear examples that should be appealing to middle grade kids.

Animal Poems, while its title makes it sound like a book for younger kids, is actually full of all kinds of beautifully crafted language that would appeal to any age.  Each pair of facing pages in the book describes one animal with a poem and a cut-paper illustration.  It could be a great mentor text for introducing a number of writing skills, but I’ll just mention its use of vivid verbs here.

I’ll use the Poem “Jellyfish” as an example.  The verbs in this short poem include peal, strolls, swung, toll, collapse, and wrung.

Some of the poems have more verbs than others, but nearly all of them have at least two vivid verbs that kids should be able to pick out.  If you want to have kids search for interesting verbs in the poems, a few that I’ll suggest are the poems about the camel, the groundhog, the squirrel, the snake, and the cockroach.

Gorky Rises is a picture book that kids may have listened to at an earlier age, but its humor is great for all ages and kids should enjoy taking a new, closer at this old favorite.  It tells the narrative of young Gorky who sets up a laboratory in his kitchen and mixes up a unique potion.  With his potion, he floats up into the air and flies over the earth viewing the scenes below through his own imaginative eyes while the people below marvel at Gorky flying above them.  The language is fun and keeps the story rolling along.

A few examples:  Gorky’s potion had “bubbles that glinted like particles of fire,”  he “solemnly bowed to his magic liquid,” he “sauntered through a stretch of white clover,” and “he had indeed concocted a magic fluid.”

After the  kids search for interesting verbs in Gorky Rises, a good follow-up activity might be to have them write their own sentences using the verbs that they found.  Some more possibilities from the story:  whisked, slithering, bellowed, suspended, and plummet.

Looking through favorite picture books for examples of specific writing elements has been an activity that I have enjoyed myself, and I think this same activity could lead into a really good lesson for your students,too.  But finding books to use can be time-consuming for busy teachers, so I hope my two suggestions will provide a helpful shortcut for some busy English teachers. 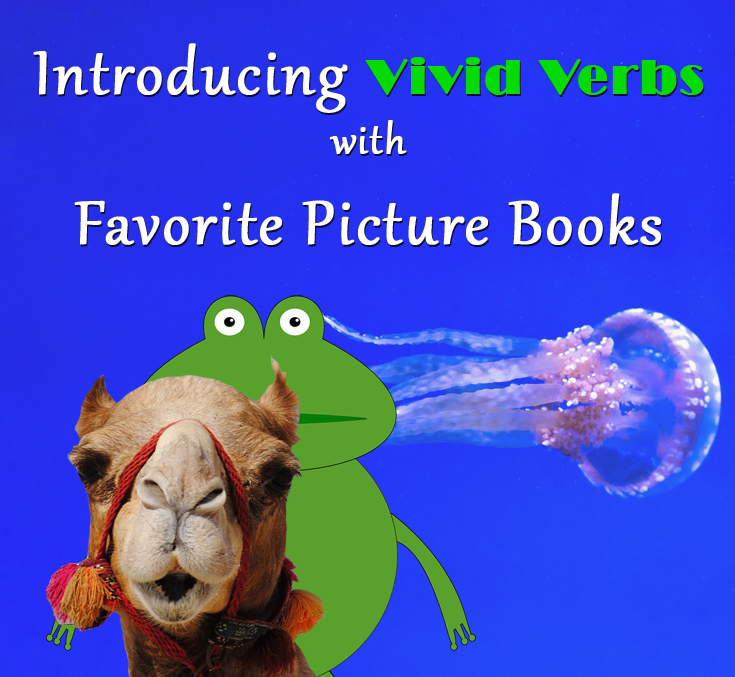 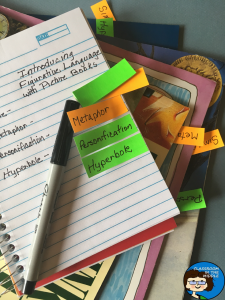 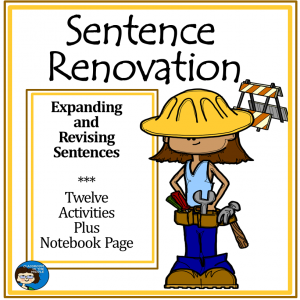