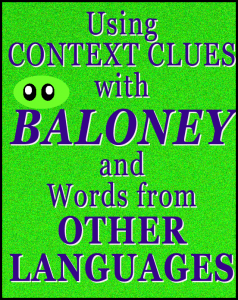 My middle school kids had a great time with a lesson on using context clues using the picture book, Baloney, by Jon Scieszka and Lane Smith, who also wrote and illustrated The True Story of the 3 Little Pigs! and The Stinky Cheese Man. This picture book looked a little young for this age group, but the kids found it funny, and figuring out the context clues was like solving a puzzle.

The book tells a silly story about a creature who is late for school (again) and the wild story that he makes up for an excuse.  Throughout his story are unfamiliar words which the students will probably think are made up, but they are actually words from a variety of other languages!  In the context of the story, the meaning of these unknown words is clearly understandable.  The text, the pictures, and the sounds of the words all give clues to their meanings.

To begin the lesson, I gave the kids a list of vocabulary words from the story and asked if anyone knew their meaning.  For some of the words, students could make good guesses based on the sound; for others they had no idea. Next, we set a purpose for reading (or listening) which was to figure out what each of thee words meant.  With words like torakku (Japanese for truck), astrosus (Latin for unlucky), and buttuna (Maltese for button), kids stayed engaged as they listened to the little alien’s story.  For the teacher, there is a “Decoder” in the back of the book which tells both the meaning and the language of each word.

A good follow-up lesson might be to have kids work in groups to create puzzling stories of their own using the word list from Baloney or other words that they know or look up.  Kids could then exchange and “decode” the stories that they wrote. However you decide to use it, I think you and your kids will have fun with this little book!  Happy “decoding”! 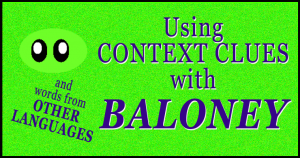 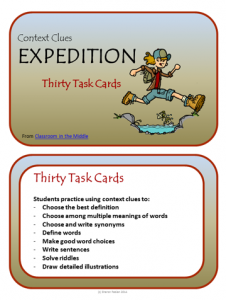 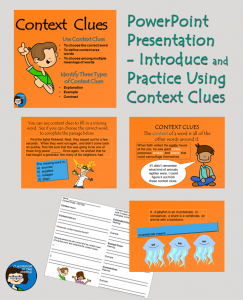