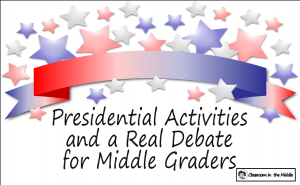 Today I just wanted to pass on some great little free resources for election season that I found on PBS Learning Media.  They include videos and student activities about each of the presidents.

The video series, called 60-Second Presidents, is a collection of videos that each highlight the events of the presidency and the legacy of one president.  Each one really is just one minute long, a great length especially if you want to use several in one lesson.  As you would imagine for such short videos, the action in each one moves along at a snappy pace, just right for middle schoolers or upper elementary kids.

Probably designed as a social studies resource, these little videos could also be used as sparks for research and writing about a president in a language arts lesson.  If you wanted each kid to pick their own president to write about, I think these would be especially helpful since they would give the kids some ideas of questions to start looking into that are specific to each president.

I haven’t watched all of the videos, but for the ones that I did watch, I thought they did a good job of presenting both positive and negative things about each president, leaving it up to the kids to decide which ones they like.

Along with the videos at this PBS site, there are  a good number of lesson plans for student activities.   The topics include political parties, presidents’ stances on issues, debates, and campaigning.

The one on debating seemed especially timely since it’s about preparing and presenting a real debate with actual arguments and research to back up those arguments.  Wouldn’t it be nice for kids to experience a debate of ideas in comparison to the emotional, attention-grabbing debates that seem to be in favor these days?

As usual with PBS presentations, this selection of free videos and lessons looks like a good-quality resource.  For Language Arts teachers, no matter what their political persuasion, I think it would be a good addition to the teaching tool chest. 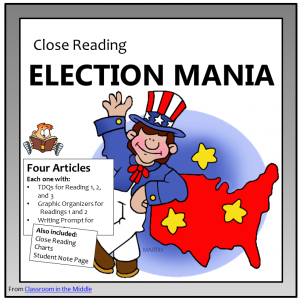 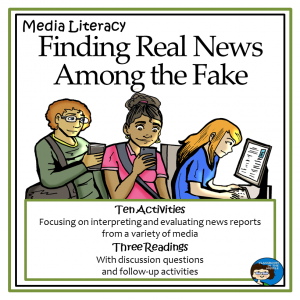 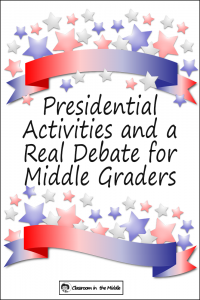